By Ian Krietzberg
January 27, 2020 | 11:40pm EST
Heads up! This article was imported from a previous version of The Signal. If you notice any issues, please let us know.

Hinduism can be viewed as a strict religion. For some, menstruation is seen as unclean, gender roles are strictly adhered to and arranged marriages are still common.

But for Neel Patel, an agnostic first-year biology student at the College, this is a reality that he has never experienced.

“Unlike other people, my parents never forced Hinduism on me,” Patel said. “Aside from taking me to the Mandir, it wasn’t a part of my life. And, I was also a big science guy, so you know, it was a mix of not being raised with it, not being around it, and my mind just being science-oriented, that I personally don't think that it’s smart to believe in a higher power. But at the same time, I’m not atheist because it doesn’t make sense to say flat out that it can’t exist.”

Patel was raised Hindu, but he was born in America, where he believes that people of his faith are less religiously strict.

“In India, this is almost definitely abnormal,” Patel said. “But if you grew up [in America], everyone is, to varying degrees, less religious.”

His parents never made religion a big deal. Even his grandmother, who is significantly more religious, has never made it a big deal. Devotion to Hinduism was never discussed, nor was agnosticism or atheism — it was just something that gradually lost its relevance as Patel grew older and more involved with science.

America, and the world at large, is facing a dissociation from religion as science continues to evolve and progress. Those included beneath that umbrella of the religiously unaffiliated are not just atheists and agnostics. Instead, there is a wide variety of people who believe in some form of God, but don’t identify with a specific religion, for a variety of different reasons. This population is known as the unaffiliated.

In 2015, the Pew Research Center reported a relatively significant increase in the population of the religiously unaffiliated in America. As of 2014, the religious nones made up approximately 23% of the total population. This number is expected to be a little higher in reality (closer to 30 percent of the total population), as there is still a fair amount of stigmatization surrounding atheism and other forms of unaffiliation, which can result in less-than-accurate results, according to FiveThirtyEight.

Dr. Tim Clydesdsale, a sociology professor at the College, believes that the polling data, although from a reputable source, is a “superficial analysis” of religion in America. The reality of religion is one that is far too complex to be understood by a series of percentages.

Clydesdale had been studying young adulthood as a sociologist of both religion and education when a colleague invited him to join a research project. Its goal was to discover what was going on religiously, or not, among young adults in America.

The project, which began in 2007, focused on the “twenty-somethings,” or those within the age range of 20-29, and involved comprehensive, in-depth interviews, as well as national polling. The results of this project were published in his book,“The Twenty-Something Soul: Understanding The Religious and Secular Lives of American Young Adults.”

Through this project, Clydesdale was able to determine that the number of devout people in their twenties has been consistent at around 25 percent of the population for about the last half-century.

While he did find that the number of people who identify as having no religion among young adults has risen to about 30 percent of the population, it’s in the typology of this percentage that the picture becomes much more complex.

“Most people who are religiously unaffiliated are, in fact, theists of some type,” Clydesdale said. “Some of them pray, some of them attend religious services — it’s a pretty mixed group.”

In fact, he said the “smallest group of [the unaffiliated], which is about 12% of that population, are the philosophical secularists,” also known as atheists or agnostics.

The largest group, at 55 percent of the unaffiliated, are simply indifferent.

“It’s kind of like asking a vegetarian what kind of steak sauce they like,” Clydesdale said. “(A vegetarian might say) ‘Well, I don’t eat steak.’ They just don’t care, basically.”

“We’re finally at the point where you’ve got the children of the baby boomers saying ‘Why are we even doing this? Why would we say we’re Methodist? We haven’t been to anything Methodist in 25 years. Let’s stop saying that,’” Clydesdale said. “And I think that’s really what happened — the middle, which used to be socially affiliated with religion, is now increasingly unaffiliated — you’re going to end up with people who are devoutly religious and those who aren’t. You’re not going to have a middle ground, I don’t think.”

Because religion is such a private thing in America, people think there is less religion than there actually is, hence the apparent rise in the unaffiliated, Clydesdale said.

As each new generation comes through, the number of people who say they have no religion is increasing, and Clydesdale says this number will continue to rise.

“But what I largely find is that most people through their ‘twenty-somethings’ choose to keep their whole religious-secular identity on the sidelines,” Clydesdale said. “(They think) ‘At some point, I need to decide about all this stuff, but that time’s not now.’”

Religion is impossible to predict or truly understand because it is human. It’s emotional, it’s spiritual and it ebbs and flows for no determinable reason.

Danny Webster, a freshman political science major, described himself as being a “pretty religious” Baptist.

Webster says grace before he eats and before he sleeps, and when he is home, he attends church every Sunday. However, he feels like he’s not doing enough and is committed to making an effort to read the Bible more thoroughly.

Despite his apparent “semi-commitment” to Baptism, he does not appear on either extreme of the spectrum: Webster is part of that steadily shrinking “religious middle,” but believes he will take religion more seriously as time goes on, largely due to the way his parents raised him.

Because there are people like Patel, who have been inspired through science and lack of consistent exposure to religion to be agnostic, as well as people like Webster, who through constant exposure are religiously dedicated, it becomes almost impossible to truly determine whether America is experiencing a rise in unaffiliation or a revitalization of religion.

There has been controversy about an article from last week, “More young Americans don’t really care about religion,” which discussed the apparent drop in the number of people taking part in organized religion. The goal of this feature, by The Signal’s Nation and World editor Ian Krietzberg, was to explore the rising cultural phenomenon of the religiously unaffiliated, which includes many young people. Rajan Zed, a Hindu activist, objected to the lead, which stated that "Hinduism is unforgiving" and focused on one College student's decision to distance himself from Hinduism. After considering this complaint, we decided to slightly edit the lead, which now states that "Hinduism can be viewed as very strict." Mr. Zed continued to demand that we take the article off the website and retrieve all print copies of The Signal. We declined, because we believe that we considered his complaint and acted responsibly in slightly rewording the lead. Mr. Zed has continued to demand an investigation by the College and his complaint triggered comments on blogs and social media. While we respect what readers think of this article — and our entire newspaper and website, we believe that we have acted professionally and ethically in responding to the criticism. We also want to commend the reporter, Ian Krietzberg, for doing such a great job in delving into such an interesting and cutting edge topic. We would also like to thank President Kate Foster for her support of The Signal's independence. Although we have respectfully declined some of his requests, we thank Mr. Zed for weighing in and respect his right to criticize our article. 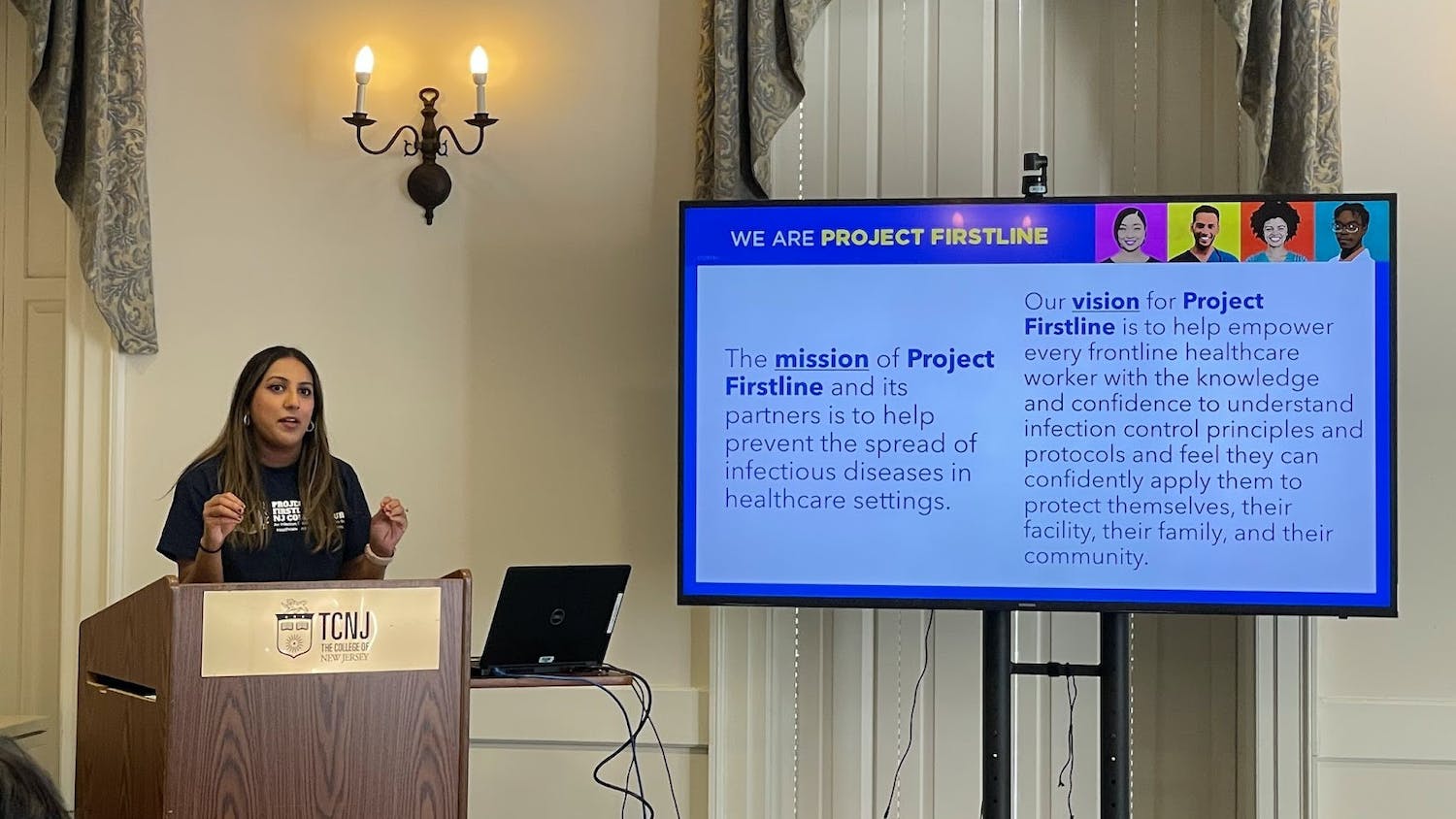