By Sydney Shaw
May 16, 2016 | 5:45pm EDT
Heads up! This article was imported from a previous version of The Signal. If you notice any issues, please let us know.


“He’s been haunting my dreams at night.”


A recording of Jake Ewald’s voice echoed through the sold-out Wonder Bar in Asbury Park, N.J., during Modern Baseball’s album release show on Friday, May 13. It’s the raw beginning to the title track of the band’s newest record, “Holy Ghost,” and a song that Ewald recorded in a bathroom.


“I’ve been bleeding from tripping in the dark / Trying to turn on the light.”


Ewald smiled up at the speakers as the recording of his own voice resounded from them, while bassist Ian Farmer adjusted the band that secured his glasses onto his head. The song details Ewald’s struggle to cope after the death of his grandfather.


Sean Huber patiently looked down at his drum set while Ewald, Farmer and Brendan Lukens, co-lead singer and guitarist, slowly turned their backs to the audience.


“But this time, my holy ghost is hovering over me / And I am passed out on the floor.”


With four clicks of Huber’s drumsticks, the band launched into an explosive performance of “Wedding Singer,” the more upbeat sister-song to the first track on the album. Farmer shredded on his bass while Lukens commanded the venue with the song’s catchy melody.


It was the most powerful opening to a Modern Baseball show to date.

The Philly-based band played the first four songs from “Holy Ghost” in order, all written by Ewald. He was responsible for penning the lyrics for the first half of the album, while Lukens wrote the rest. Since 2012, the band has seen commercial success with its albums “Sports” and “You’re Gonna Miss It All,” selling out venues across the world and garnering a cult-like following. “Holy Ghost” is grittier and more evolved than past Modern Baseball records while still staying true to the band’s sound — something on the line between pop punk and emo.


“Mass” is a nostalgic and honest account of being far away from the person you love, during which Ewald sings, “Sometimes I wish it was still last summer / And you still lived in South Philly / And I wasn't playing a show in Nebraska / Or Austin, Texas / Asking the kids what they ate for breakfast” — something Ewald actually asked every crowd during Modern Baseball’s last tour. Especially for those who have experienced it, that line stands out as a clever way to reflect on his time on the road.


Lukens led the final song before the encore, “Just Another Face,” which he dedicated to Sorority Noise’s lead singer, Cameron Boucher. In recent years, the pair has been vocal about their personal struggles with depression, anxiety and other mental illnesses, and Lukens credits Boucher for pushing him to seek treatment.


Sorority Noise, which signed to Boston-based independent label Topshelf Records about a year ago, was one of the show’s six openers, including Pinegrove, W.C. Lindsay, The Superweaks, The Obsessives and Sun Organ. Sorority Noise played just before Modern Baseball, sharing a set that was also largely based around mental illness.


“Me and Brendan go through a lot of the same things,” Boucher said. “We live together. We see each other every day… I had thoughts of taking my own life. And the thought still crosses my mind, but the act… I will never do that.”


Lukens’s song “Just Another Face” serves as an acknowledgement of those issues and a promise to try to recover.


That’s when Lukens’s bandmates turned to face him, and audience members pointed to him, in a compelling show of support. It’s almost as if Lukens is speaking to himself on the track, which is a recurring point across the album. The aptly named “Note to Self,” for example, is quite literally Ewald talking to himself (“Trying desperately to escape the glare from our stupid, spineless / Words just whining, every fucking day / What do I really want to say?”). On “Coding These to Lukens,” although it is Ewald who sings the encouraging words (“It’s not just what you say / Or how you’ve come so far”), the song is on the second half of the album, written by Lukens. Ewald passes the baton to Lukens, whose reply to the song’s first verse is a frantic string of concise words (“Spit fire, spit blood, spit fast — I’m heated”).

Ewald’s verses are more developed, even in his most fragmented song, “Everyday,” his first real attempt at poetic imagery (“Your compass spins in reverse / The trees do time lapse speed growth / Your sky is lost behind / A sea of green”). The contemplative track meanders as Ewald reflects on seemingly insignificant life moments.


“Holy Ghost” is breathtakingly honest and stunningly beautiful, and the album confirms what longtime fans already knew — Modern Baseball is a truly important band. Through Ewald’s and Lukens’s deep-reaching lyricism and the band’s advocacy for destigmatizing mental illness, their music has become an outlet for fans and the band members themselves to grieve, grow and come to terms with some of the more difficult things in life, together.


As Lukens expresses on “Breathing in Stereo,” it’s often a knee-jerk reaction to isolate oneself to deal with mental illness (“Alone I feel safe”). Whether he is singing to his friends, his bandmates, a significant other or his fans, it’s clear that he’s grown away from that notion (“Still with you, I’m safe, intact and hopeful / We’ll make it together”).


And as Lukens and his audience sang “I’ll be with you the whole way,” to each other on Friday night, it became even more apparent that they won’t ever be alone. 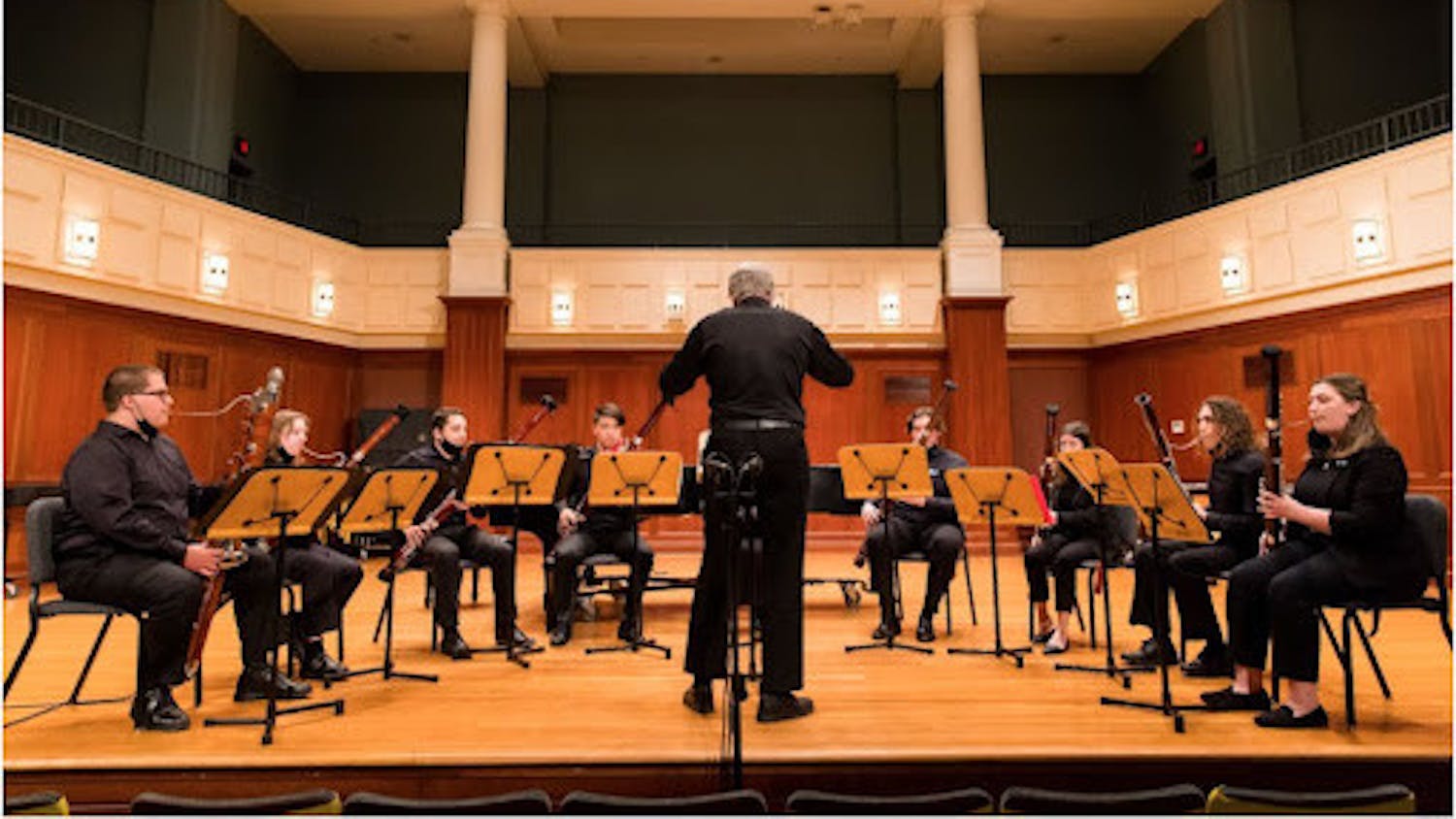 The unique Bassoon Ensemble at the College