By Elise Schoening
April 19, 2016 | 11:43am EDT
Heads up! This article was imported from a previous version of The Signal. If you notice any issues, please let us know.

Accomplished actor, comedian and writer Ben Schwartz stepped onto the polished wooden floors of Mayo Concert Hall on Wednesday, April 13. The room before him was far from full — in fact, the two sides of seating flanking the middle row were sparsely filled with students. Yet, this made for an intimate setting and allowed Schwartz to give a compelling lecture about career aspirations and success. Despite a number of empty seats, the concert hall echoed with steady laughter and applause throughout.

The actor is best known for his noteworthy role as Jean-Ralphio Saperstein in the hit television series “Parks and Recreation.” Schwartz has also starred on “House of Lies,” and before he got into acting, wrote jokes for “Saturday Night Live” and “The Late Show with David Letterman.” Although his comedy career began with a stint in improv, Schwartz has since gone on to receive two Emmy nominations, winning once.

On Wednesday night, the seasoned comedian shared some words of wisdom with students of the College. Schwartz performed two back-to-back shows. Both consisted of a half-hour lecture, followed by an extensive question and answer segment with the audience. His inspired talk focused on the importance of taking risks and persevering despite the fear of failure.

“This is something that doesn’t just have to be for that profession (of comedy). It can be for anything,” Schwartz said. “And by not being afraid to take risks, I don’t mean afterwards be like, ‘Oh, I’m going to try every drug in the world.’ That’s not the case at all. I’m not a proponent of that.”

Instead, Schwartz urged audience members to follow their dreams relentlessly and fearlessly, explaining that he wouldn’t be where he was today if it wasn’t for doing so himself.

Fans of the “Parks and Recreation” star may have been surprised to learn that the actor only came into comedy during his senior year of college, after being pressured to audition for an improv troupe by his girlfriend of the time. Schwartz expressed remorse for not having started comedy when he was younger.

He encouraged everyone in the audience to take this message to heart, regardless of their career aspirations, because the fear of failure cuts across all disciplines and can hold everyone back from not only success, but also happiness.

“I come from a family of school teachers and school workers and real estate people,” Schwartz said. “The idea of being an actor is like being an astronaut to me… the idea that I could do that was so far, but the want was so high. I wanted it so badly, so I just went after it.”

It wasn’t an easy path, though. Schwartz explained that his first short film was stolen off YouTube and the person who took credit for his work went on to garner 30 million views. The incident left Schwartz dejected, but certainly didn’t deter him.

“I wanted it so bad, so I created content whenever I could,” Schwartz said. “It’s the idea of creating and just going out and doing it… The same thing that you take terrible Snapchats of going to the bathroom with is a device that you can film on.”

Schwartz said he is always writing, whether it be jokes or film scripts and that, with time, he’s learned to overcome both writer’s block and rejection. His secret? Schwartz will continue writing even if his ideas seem absurd. In fact, he will write over 100 what-if scenarios down until he finds something worthy of storytelling.

In the later Q&A portion of the talk, students asked the actor about his biggest failures and picked his brain for career advice. One audience member shared her current dilemma regarding whether she should follow her dream of serving on an Olympic committee in California or instead accept a stable, perhaps more sensible, job close to home.

Watching the celebrated comedian interact with college students was refreshing. Schwartz listened to each question with a genuine interest and responded with humble and honest feedback.

On Wednesday night, Mayo Concert Hall transformed into a safe space for students to share their fears and wildest aspirations that are typically written off as trivial or unrealistic by parents and peers. Schwartz, however, encouraged the future teachers, artists and actors in the room to pursue these goals.

“Because my mom (has been) a public school teacher for so long, it means so much to me that so many of you are going after that career because it’s something I think is so important and special,” Schwartz said. “The fact that you’re passionate about it and want to do it at this stage makes me inspired.” 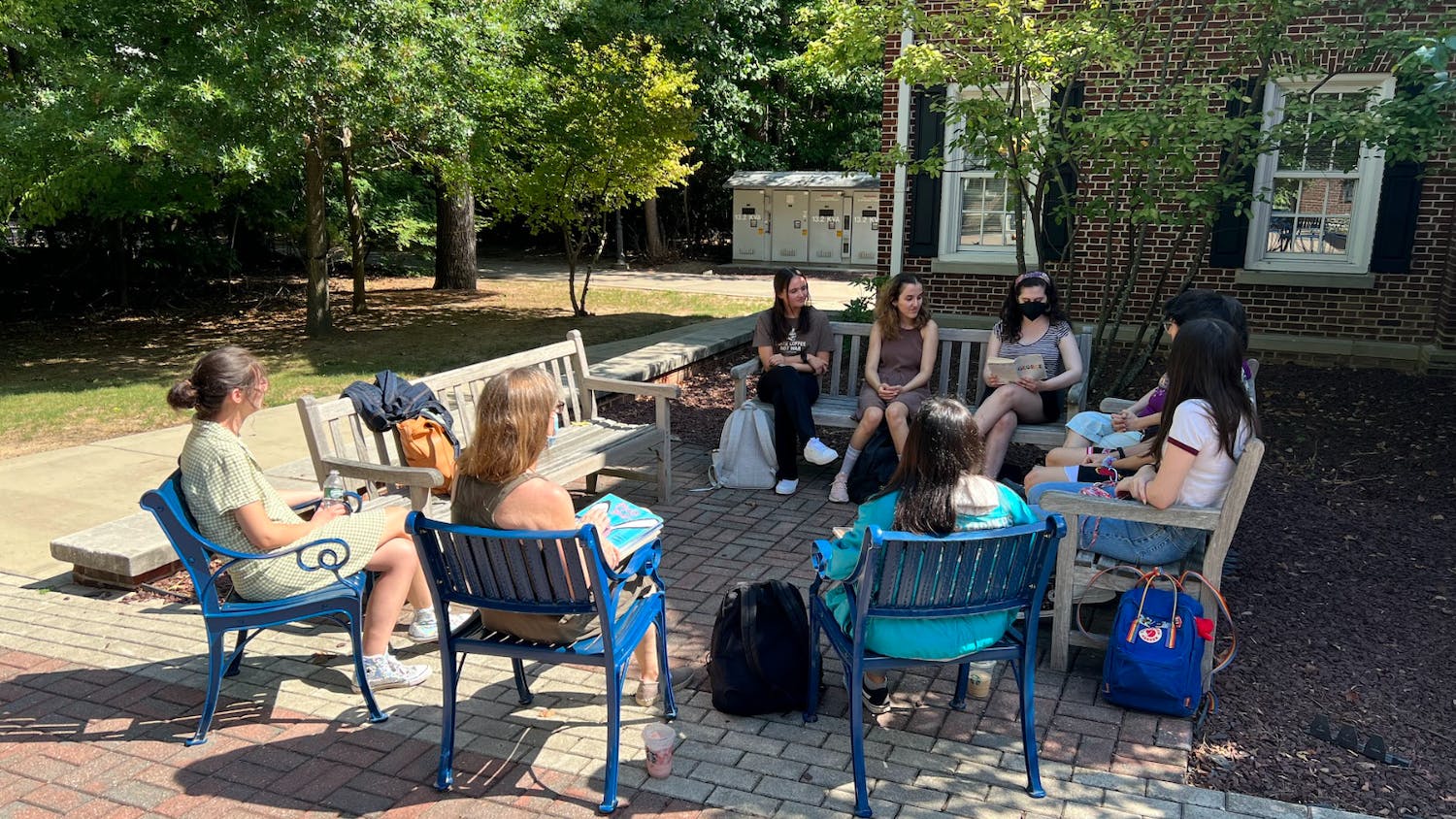