The long awaited day of Funival 2022 has officially come to a close. Guests seemed to be enjoying the event — if they didn’t mind having soggy shoes and rocking a poncho. From food, rides and live music to airbrush tattoos, personalized caricatures and haiku poems, CUB brought it all.

The carnival took place from 3:30 p.m. to 10:00 p.m. on Friday, May 6, the last day of classes for students at the College. Students were able to come together after finishing up their work for the spring semester.

One of the most exciting parts was a hit: the food. When guests first walked into the event they were met with the House of Cupcakes truck.

Alongside that was Blossoms Sassa Bienne, an Afro-Caribbean and Cajun stand that had an extensive menu and some refreshing orangeade.

Jake Brancato, a sophomore communications major, said the orangeade was “quite delectable.”

When guests weren’t in line for the food, they were taking advantage of the free carnival rides and games. CUB brought such rides as the Berry-Go-Round, the Sizzler, Storm, Round-Up, a slide, a carousel, the classic Ferris wheel and various games that handed out stuffed animals to winners.

Now, if food and rides weren’t enough to keep the community out in the rain, the music definitely was.

The setlist included Carmen DeLeon, Charlie Burg, Worn-Tin and The Drums, who closed out the show.

“Carmen was the first Latin artist that TCNJ has seen to my knowledge,” said Wandally Vargas,  a senior communications major and CUB’s executive director. “That’s why I wanted to specifically have a female Latin artist because we haven’t had that exposure and I know a lot of people were waiting for Latin music at TCNJ.”

During her performance, DeLeon interacted with the audience and danced around with her band while making the most of the weather.

Burg and his bandmates ran around gathering a crowd before their performance. He was animated on stage as he covered SZA and some of his own tunes.

“He cut his face on his guitar because he was dancing so much on stage,” Vargas said.

The Drums ended the night for guests. The popular artist had a fog machine, a light designer and a whole lot of energy. The crowd stuck it out in the rain for them and they were not disappointed.

“The final group was epic,” Vargas said. “Everyone was screaming his name and moshing.”

The Drums’ management team was nervous of how the weather would make the performance turn out, but after the show, the manager told CUB that the artist had a fun time performing at the College.

CUB had bought towels ahead of time so they could wipe down the stage to ensure no instruments were damaged.

When guests needed a minute to warm up or dry off, they could head inside Browser Student Center (BSC) to enjoy other attractions. There was a performer on stilts and others were juggling, spinning lights and making balloon art for guests.

When people were watching the performances, they could also wait in line for the photo booth, a Zoltar fortune telling machine, a caricature or a custom haiku poem.

“I thought that having people writing personalized haikus on a typewriter was a really good idea,” said sophomore psychology major Kimmy Torres. “I had never seen that anywhere so it was really cool to read what they wrote.”

Even though these attractions had to be moved inside, many people were still able to take advantage of them. If guests didn’t like rides or were upset with the rain, they could go inside and still be a part of the event and vice versa — if people didn’t want to be inside, they could enjoy the things outside. And no matter where guests were, they could hear the artists serenading them.

In terms of planning and organizing, Vargas said that, “as chaotic as it was, the administration, students, the BSC and everyone were so supportive and helped CUB out a lot to get things done as needed.”

It rained for Funival 2019 as well, so Vargas said that she was used to having a bit of rain in the way.

She explained that CUB had May 7 noted as a rain date for this year’s Funival. However, the rain was even heavier on that day so it would have been much more difficult to function on the anticipated rain date.

“The alternative rain location was the rec center and our CUB Funival team made the call to keep performers and novelty outside,” Vargas said, “and in BSC100 as we knew students wouldn’t want to walk to the rec center and back for things.”

Minus walking through a bit of mud to get inside, BSC was the perfect location for indoor activities as there was also a bathroom and ATM in close proximity.

“With this being my last Funival, seeing students make the most of the weather and stick it out meant more than anyone would ever know to myself and my team,” Vargas said.

On behalf of herself and CUB, she added, “Anytime we see a smile on a student’s face even if it is just one, we have accomplished our goal to help create a happy memory for anyone at TCNJ.” 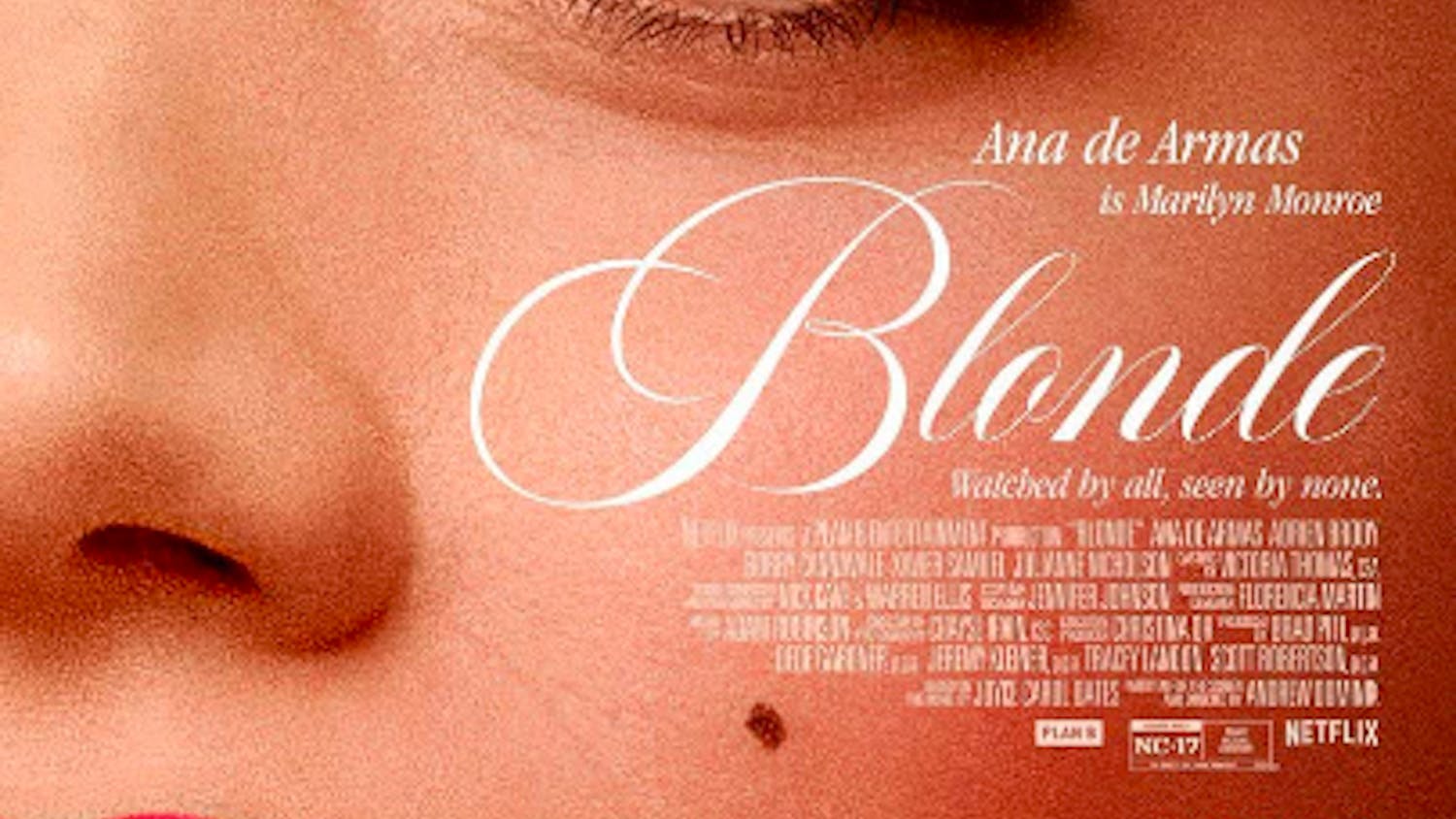 ‘Blonde’ review: An agonizing depiction of the blonde bombshell