The present Ukraine-Russian crisis has been taking the whole world by storm, creating anxiety within the general public regarding Russia’s upcoming actions and their subsequent effects on the world.

The United States, in an effort to quell Russian aggression, imposed a number of different sanctions on Russia. Despite the intent behind these sanctions, they have had some negative effects on the American public. Perhaps the most notable effect is the change in oil and gas prices.

“One major economic impact of the war and consequent sanctions is rising costs of energy and transportation, as Russia is one of the major oil, gas, and coal exporters,” said Bozena Leven, the chair of economics at the College. “The fact that we are not directly cutting a lot of Russian imports but Europe is, is going to continue raising prices.”

Leven furthered the discussion by considering the impact of refugees on the United States.

“Under the current Biden plan, it’s estimated that eighty thousand Ukrainian refugees are coming to the US,” Leven said. “Given the size of the US economy and labor force. This is a very small number and should not impact our labor market or strain our infrastructure.”

Another significant effect is on food prices.

“The other impact of the war and sanctions includes food prices. Russia and Ukraine are some of the largest world food producers.” she added. “What you see at the gas station or the supermarket has affected many consumers globally, and will continue as other costs go up.”

Hyun-Binn Cho, a political science professor at the College, addressed the problem of inflation, considering the effects of the ongoing pandemic.

“There is also another impact from the pandemic about inflation, which has caused the effects of the sanctions to happen simultaneously and become jumbled up,” he said.

Leven attested that “The current US rate of inflation is unprecedented in the last 40 years and there are no immediate signs of its end.”

Brian Potter, an associate political science professor at the College, believes the impact of the sanctions will not be as significant in the U.S. as in Europe.

“[The sanctions] are probably not going to have a big impact [on the United States] compared to the impact they would have in other countries, specifically Europe,” Potter said. “Russia exports a lot of oil and natural gas, most of which goes to Europe. [The United States] doesn't import much Russian oil at all.”

This is accompanied by the fact that the U.S. has more domestic sources than Europe.

“Unlike the Western Europe, cutting off Russian imports will have a less severe impact on the US as we rely mostly on our own domestic sources,” said Leven

Though the impact is not as strong in the United States compared to other countries, the effects will soon ripple throughout the world.

“The immediate effects are going to be felt mostly in Europe,” said Leven. “However, since we are interconnected, if Europe slides into a recession, most economists believe that this is likely to lead to a global recession.”

“The Biden Administration is aware that the prices of gas have risen quite significantly and as a consequence, has released extra barrels, which should help relieve some of the prices,” Cho said. “From what I have seen, the prices have gone down a bit in the past week or two.”

Leven acknowledged that the U.S. government has made efforts to diminish these effects, but was still wary of what more could be done.

However, this does not mean that sanctions are ultimately futile or pointless. According to Leven,  “These are the most severe sanctions, except those used against North Korea.”

“The sanctions are certainly significant, but given that Putin is intent on using violence against Ukraine, just the pressure of sanctions isn't likely to change Putin’s mind,” Cho said. “But they do send a strong message that the United States is taking some kind of action.”

Potter said that time is needed for the effects of the sanctions to register.

“In the short term, [the sanctions] are probably not gonna do very much to hurt Russia,” Potter said. “In the long term, it does discourage U.S. businesses from investing in Russia. That will hurt the competitiveness of the Russian economy. Overtime, if the sanctions are still in place, that will make the Russian economy a little more backward than it is now.”

Sanctions are sometimes a substitute for war. Countries could do nothing or they could go to war with Russia — or choose a middle-ground option, which is having economic sanctions. Even if they're not as effective as other measures, they're not very costly.

Even though there are notable economic impacts in the world, the humanitarian impact must be accounted for as well.

“It's a very tragic war because there is no victor without severe costs,” Leven said, “and there are very few compromises that both parties are willing to consider. In the meantime, you have thousands of civilians fighting and dying and millions of refugees. It's a tragic war, as all wars are, but there is no ‘good win’ that provides a path to a new world because with Putin in power, Russia cannot lose.”

Along with the many deaths of civilians is the worry that follows Ukrainians around the world.

“In the state of New Jersey and at the College, we do have a significant Ukrainian population and a Russian population as well,” Potter said. “It's very distressing for people from Ukraine and from Russia to see the war go on and feel helpless about trying to stop it. There is a human aspect to [the conflict] that may be even bigger than the economic part of it.” 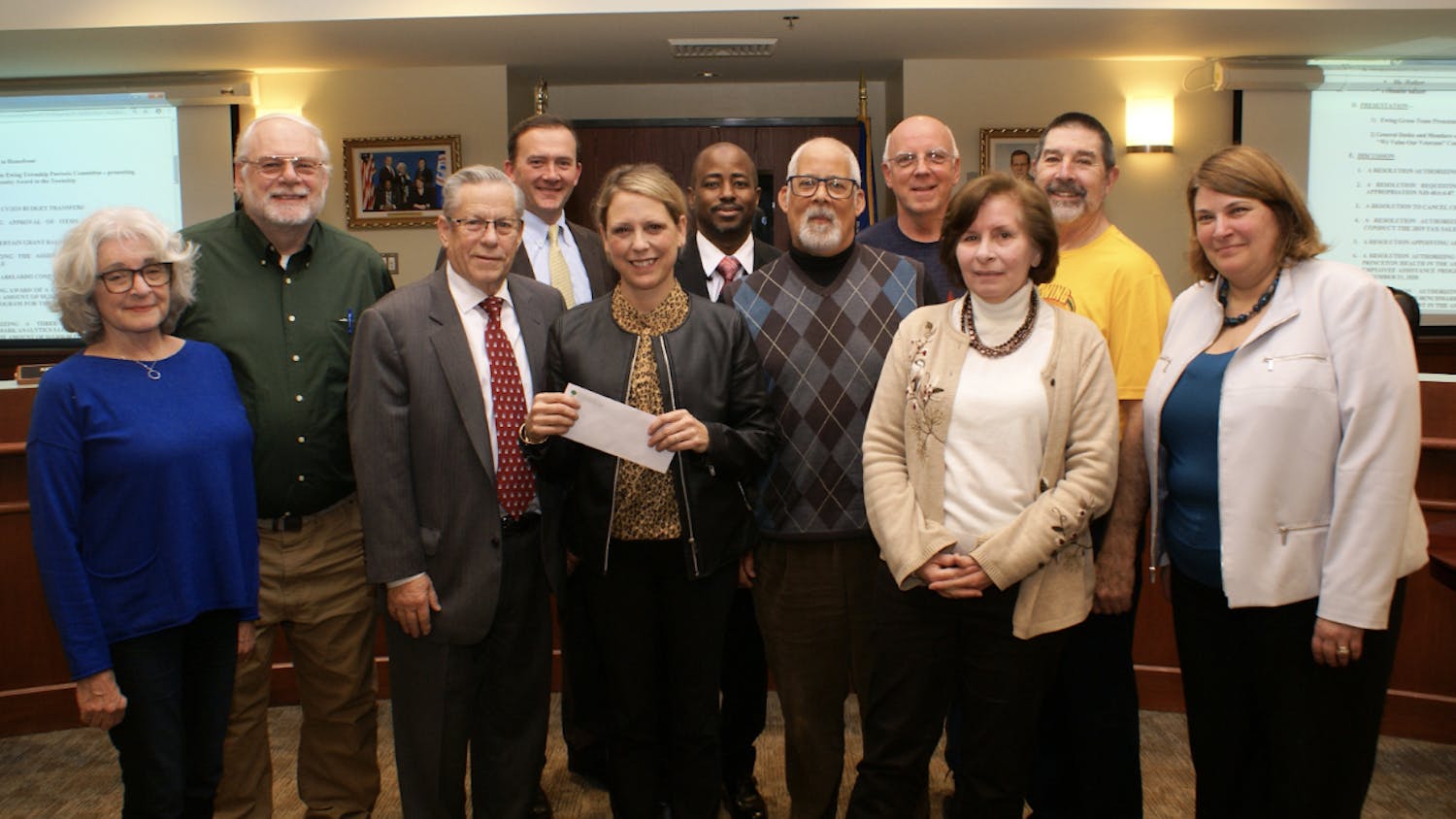 The Ewing Green Team is working to keep the city clean