The Supreme Court ruled on June 30 that the Environmental Protection Agency (EPA) does not have sweeping authority to regulate greenhouse gas emissions under the Clean Air Act. The ruling, released on the last day of the Court’s session, was decided by a 6-3 vote along ideological lines.

The case, West Virginia v. EPA, was brought up by a coalition of 19 Republican-led states and coal companies which argued that the EPA only has narrow authority to regulate power plant emissions. According to AP News, the case was originally filed in 2016 over former president Barack Obama’s Clean Power Plan.

According to The New York Times, the Clean Power Plan would have required that fossil fuel plants would have to make efforts to burn fuel more cleanly, citing the Clean Air Act of 1970. The Clean Air Act has allowed the EPA to regulate pollutants to protect the public’s health. In 2007 the EPA was ordered by the Supreme Court to determine if carbon dioxide is a pollutant and did so in 2009, which allowed the agency to begin regulating it. Through the Clean Power Plan, the Obama Administration aimed to create large regulations on fossil fuel plants and push states to adopt cleaner energy supplies. But because of various lawsuits, the policy never went into effect.

Writing the majority opinion, Chief Justice John Roberts wrote: “Capping carbon dioxide emissions at a level that will force a nationwide transition away from the use of coal to generate electricity may be a sensible ‘solution to the crisis of the day.’” Although he believes this is true, the Chief Justice wrote that “A decision of such magnitude and consequence rests with Congress itself, or an agency acting pursuant to a clear delegation from that representative body.”

The decision, according to AP News, disrupts the Biden Administration’s plans to reduce the US’s greenhouse gas emissions by 2030 and ensure a completely green energy sector by 2035. While the decision limits the Administration’s ability to do this, the EPA still has the ability to regulate on a smaller scale.

Romany Webb, a senior fellow at the Sabin Center for Climate Change Law, told The New York Times that the agency still holds regulatory power over vehicles, the largest greenhouse gas emitter in the US, and individual power plants.

Public officials across the country quickly commented on the decision.

Democratic Congressional leadership decried the ruling, with House Speaker Nancy Pelosi calling it “a severe blow to the Environmental Protection Agency’s authority to do its fundamental duty: to protect the environment” in a statement from her office.

Republican Patrick Morrisey, attorney general for West Virginia and lead plaintiff in the case, applauded the decision as a victory. He wrote in a statement that “this is about separation of powers, not climate change.” He went further to say that he will continue to “fight for the rights of West Virginians when those in Washington try to go too far in asserting broad powers without the people's support.”

California Governor Gavin Newsom stated that “California will remain the tentpole for this movement with record investments and aggressive policies to reduce pollution, to protect people from extreme weather, and to leave our children and grandchildren a world that’s better off than we found it.” According to The New York Times, the state has allocated more than $50 billion towards protection from climate change.

Governor Greg Abbott of Texas, a state involved in the case, told reporters in a press release that he supports the court’s decision to “invalidate the EPA’s power grab and rein in this lawless Biden Administration. Texas joined other States in this case to stop D.C. bureaucrats from imposing costly regulations without any authority from the people’s elected representatives in Congress.”

The decision comes after a slew of others that have changed policy jurisdiction in favor of the states. West Virginia v. EPA, as well as Dobbs v. Jackson Women's Health Organization, are just two of recent decisions that are setting the court up to hear cases involving the federal government’s jurisdiction. West Virginia could set precedent for future cases in which executive agencies could be reeled in, limiting the power of the federal government. The repeal of Roe v. Wade was based on a different reading of the 14th Amendment, which was the basis for cases like Brown v. Board of Education, Plessy v. Furgeson and Obergefell v. Hodges. Dobbs could then allow the Supreme Court to reconsider those cases as well, possibly giving jurisdiction over those respective decisions to the states.

West Virginia v. EPA guts the Clean Air Act, allowing for fossil fuel plants to emit carbon dioxide in a greater capacity than they have been. The decision will force the Biden Administration to come up with new ways to reduce emissions, including probably rewriting an energy plan that, according to AP News, was set to be released at the end of this year.

“The judicial branch and the legislative branch are seriously hindering Joe Biden’s ability to get the job done on climate,” said Richard Lazarus, a professor of environmental law at Harvard University, to The New York Times. “They’re running out of options right now.” 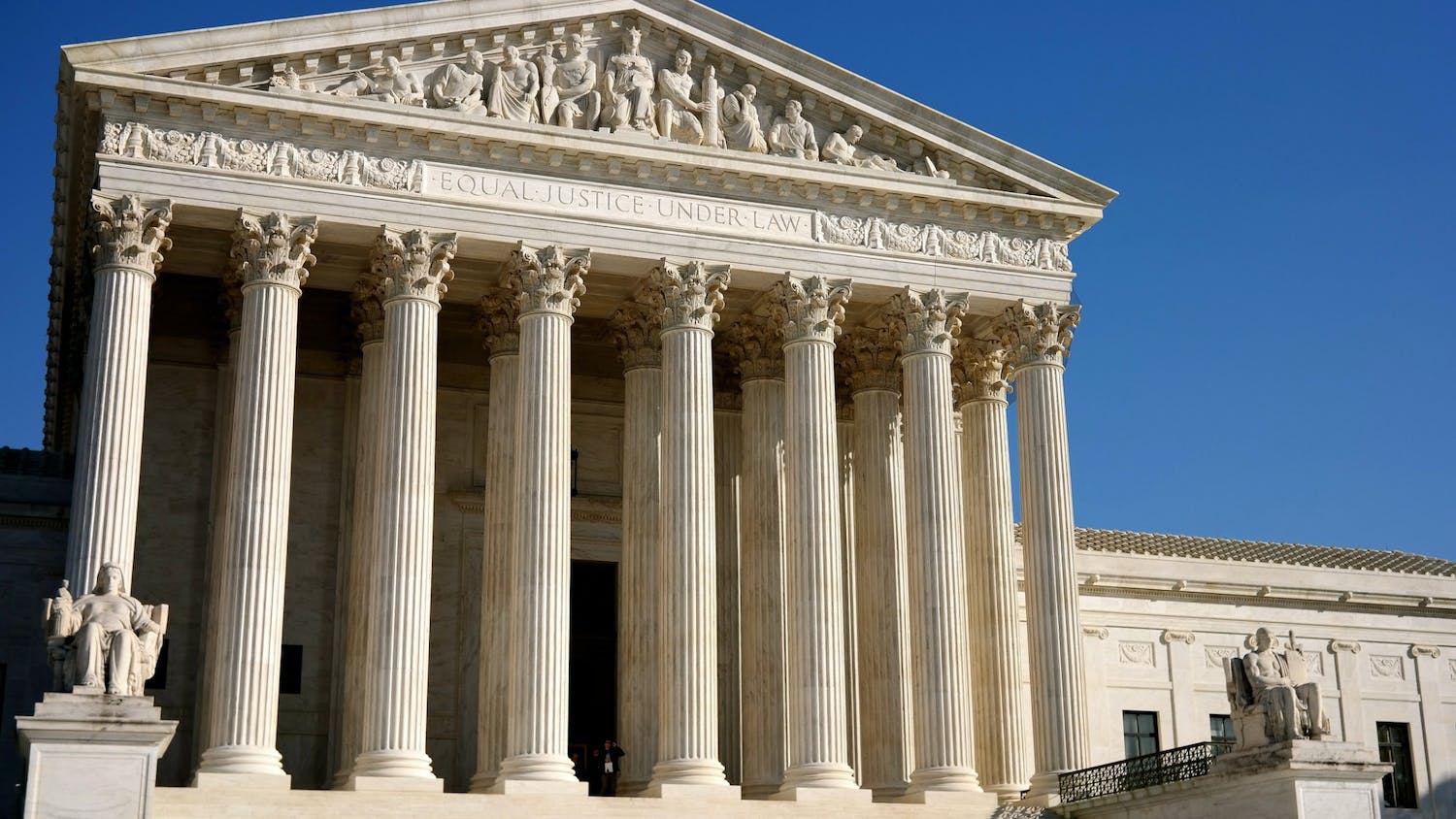